Alabama State Senator Jim McClendon is picking up where he left off on his mission to end fatal automobile accidents related to cell phone usage. McClendon sponsored the bill to ban texting while driving many years ago, but he now admits that the law they were able to pass in the past is not effective or necessarily enforceable. He is now proposing a bill that bans holding a cell phone while driving.

Representative Allen Farley is also in the midst of proposing legislation making it illegal to drive and “physically hold or otherwise support with any part of the person’s body a wireless telecommunication device or standalone electronic device.”

Support for this type of bill has been building for a long time in Alabama. Fifteen states, including Georgia, already have similar cell phone bans and have seen declining number of related accidents and injuries.

Cell phones are often the cause or a factor in automobile accidents. If you have been in an automobile accident and believe that the other driver was using a cell phone when the accident occurred you may need an Alabama car wreck lawyer.  You should also should take the following steps to protect yourself and prepare for what is to come:

Previous PostTruck Collisions – Do you need a Truck Accident Lawyer in Mobile, AL?Next PostWhat Steps to Take After a Car Wreck in Alabama
0Shares
alabamadrivingmanslaughertexting

How To Choose A Trucking Accident Attorney In AL and MS

What To Do After A Motorcycle Accident In Alabama or Mississippi 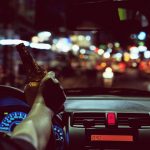